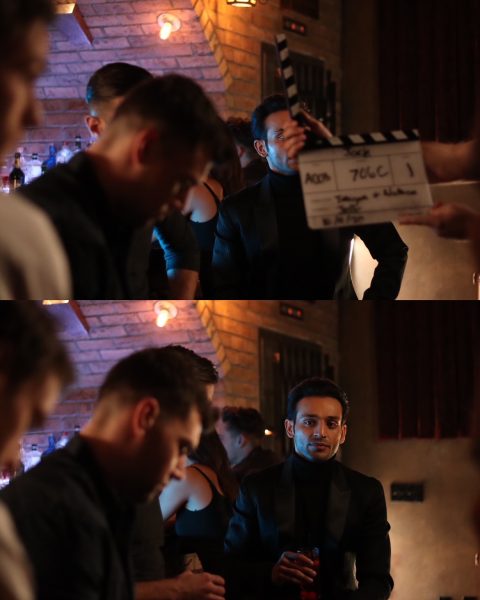 Raging wildfires, a viral pandemic and a tumultuous election season has made 2020 a year many would like to forget. Anis Maknoija still hasn’t made up his mind.

The writer, actor and producer were pulled home to deal with several business issues resulting from COVID-19. While in Texas, with the old environment offering a new perspective, he fleshed out an idea for a slasher horror film.

“This idea has been on my mind for a while, but I never took the time to put the pieces together,” Maknoija said. “Being in a new environment, even though I am familiar with Houston, pushed me out of my normal rhythm. I found the time to write and pitched it to Fred Tabiyus, co-founder of Phoenix 4 Entertainment, who knew a great writer for this genre, Joseph Carlin, ultimately finalizing the screenplay. At that point, Nathan Gallie and Brennon Harper came aboard, followed by Jeffrey Wilkins, who is known for his work on The Voice, Shark Tank, Survivor, among others.

The result is Jack.

In the short film, Maknoija takes on the role of Bruce, an executive at a quickly growing tech company, and the visuals take a day-in-the-life approach as he prepares for the meetings to establish the valuation of his company. His surroundings reflect his success. His fiancé Liz is everything you would expect in an elite relationship – smart, sexy, sensual – a perfect match for the intelligent, attractive and determined Bruce. His home is luxurious. The boardroom is opulent.

“We discussed a number of options for differentiating the characters, the two sides of the coin, a lot of really interesting options, and eventually settled on one primary focus,” Maknoija said.

“Being away from LA, I felt like I was losing my creative touch,” Maknoija said. “I felt like I was missing something. That something, I found, was the thrill and excitement of putting together a film project.”

Along with the great crew and cast this project was one of my most successful one and it’ll and I can’t wait for the final cut into presented to the worldwide audience.

Maknoija considers Jack one of his strongest projects to date.

“The cast and crew on this project really did outstanding work,” he said, suggesting 2020 might not have been all emergencies and threats. “This project was one of my most successful and I can’t wait for the final cut into presented to the worldwide audience.”

Known for his work in dramatic short Artifice, the unconventional With Interest and multilayered Breathe, the show must go on.