Wednesday night’s new episode of American Horror Story: Apocalypse finally answered a ton of questions that we had about this still-mysterious new season, but there is still one bug questions mark that looms large: Mallory. Billie Lourd’s character was introduced as a seemingly inconsequential assistant to socialite Coco St. Pierre Vanderbilt, but recent episodes have shown that she is actually one of the most powerful people in Outpost 3. So… just what is Mallory? There are a bunch of guesses, like is Mallory the rising Supreme on AHS: Apocalypse, or some sort of angel or alien? Episode 4 gave us our first look at her life before the apocalypse, so let’s go over all the theories about who Mallory could really be.

Spoiler alert: This post will include details from American Horror Story: Apocalypse Episode 4, "Could It Be… Satan?" Ever since Mallory’s surprising powers were first revealed last week, AHS fans have been racking their brains to try to figure out how she will fit into the rest of the season. It definitely sounds like Mallory is the only person powerful enough to stand against the antichrist Michael Langdon we saw as much when Michael seemed actually scared of her during their interview, and later Cordelia Goode and Madison Montgomery both hint that Mallory is by far the most powerful of the three witches they revived (beating out Coco and Dinah Stevens).

Unfortunately, Episode 4 did not reveal Mallory’s true identity, although we did learn that Cordelia had put her under an identity spell that made her forget her life before the apocalypse. We get a glimpse of that life through flashback: Before the apocalypse went down, Mallory was a top student at Miss Robichaux’s Academy, who wowed both Cordelia and Zoe Benson with her advanced magical powers. We see her not only effortlessly turn a white rose blue, a task Zoe describes as particularly difficult, but also transform its petals into butterflies. 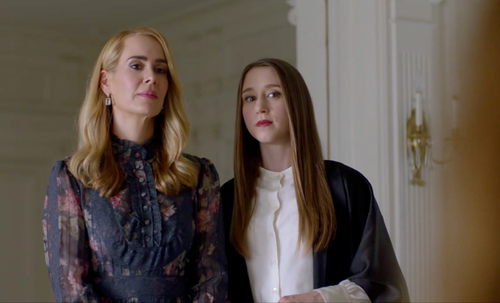 Obviously, Mallory is incredibly powerful, and the show seems to be teasing her as the antithesis to Michael Langdon who will be able to take him down. We know that Michael is the antichrist, so, like… what does that make Mallory? Let’s go over some of the most convincing theories about Mallory’s true identity:

1. Is Mallory the rising Supreme?

Well, one prominent theory is that Mallory is the rising Supreme, which could explain why Cordelia seemed to be less powerful in the latest Apocalypse episode. Zoe mentioned that Mallory’s bloodline traces back to Salem, where the lineage of Supremes first began, as Coven explained it. That bloodline plus Mallory’s clear mastery of magic seems to make a convincing case for her being the coven’s new Supreme. And maybe that is the real reason why Cordelia was unable to save Queenie from the Hotel Cortez her powers had already begun weakening as Mallory’s grew.

That’s only one of the many theories that fans have about Mallory’s true identity. Another popular guess is that she may be an angel. We have not seen angels in AHS before (aside, I guess, from the Angel of Death in Asylum), but the fact that Mallory seems to be the Yin to Michael Langdon’s Yang and he is the antichrist suggests that she must be some heavenly creature, right? Apocalypse is clearly rooted in Christian theology playing up Garden of Eden imagery like Adam and Eve, snakes, and apples so introducing Mallory as an angel might be the direction the season is headed.

Let’s also not forget that Apocalypse is a mega-crossover season. Ryan Murphy already made it clear that Murder House and Coven are the big two seasons coming together in Apocalypse, but the Hotel crossover in this week’s episode proved that we may be seeing aspects of many more past seasons come to forefront. One theory is that Mallory will be a link to Asylum, as a possible descendent of the aliens from that season.

4. Is Mallory the Alpha?

Episode 4 introduced a new concept to the AHS universe: the Alpha. We found out that warlocks are looked down upon in the magical community since witches are inherently more powerful, but there is a prophecy that one male will surpass even the Supreme in power, and he will be known as the Alpha. Obviously, Mallory is not a man, but AHS has debunked prophecies before, and some fans think that we will see a twist where the Alpha actually turns out to be another woman. 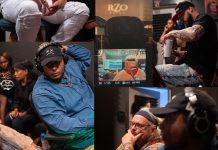 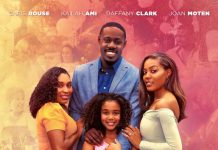 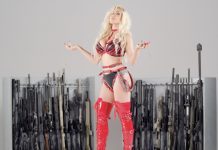