Internet is quite a boon for today’s human population. If we are unaware of anything, we can just ask the many people who are available to us on the internet. In the past, there have been many times when people confused one thing for another and it has led to the spread of quite a lot of rumours and beliefs that contribute to the myths that we know. We are sure that if anyone took a picture of Bigfoot today, the answers to his existence would be quite different.

The Thing In The Sky 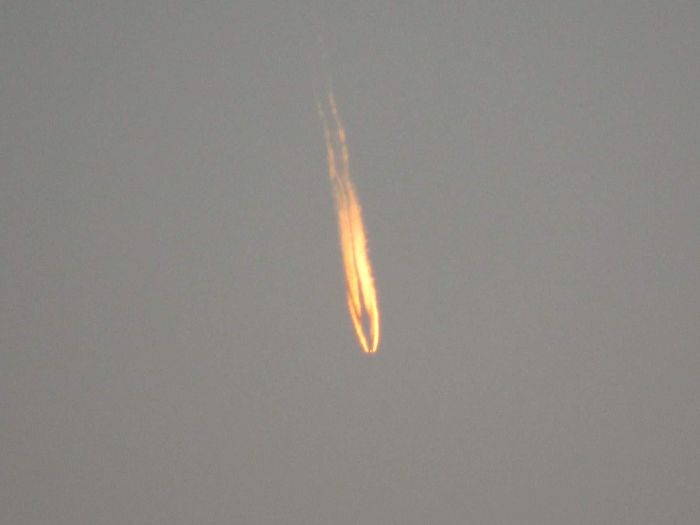 If you see something like this in the sky, your mind would automatically go to a UFO. However, the internet has provided the right answer and told everyone that this is a picture of the contrails from a passenger plane.

Peeking In The Neighbor’s Garden 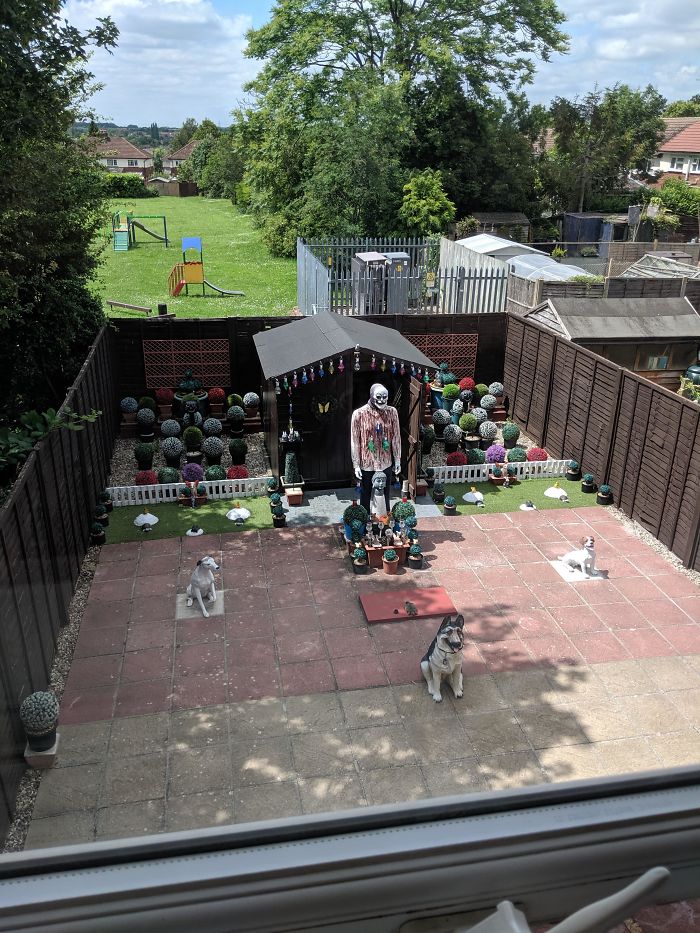 Seeing this in your neighbor’s yard, you will never want to go on and say hi to your neighbor. When asked on the internet, the answer that came was that it is a Voodoo altar. 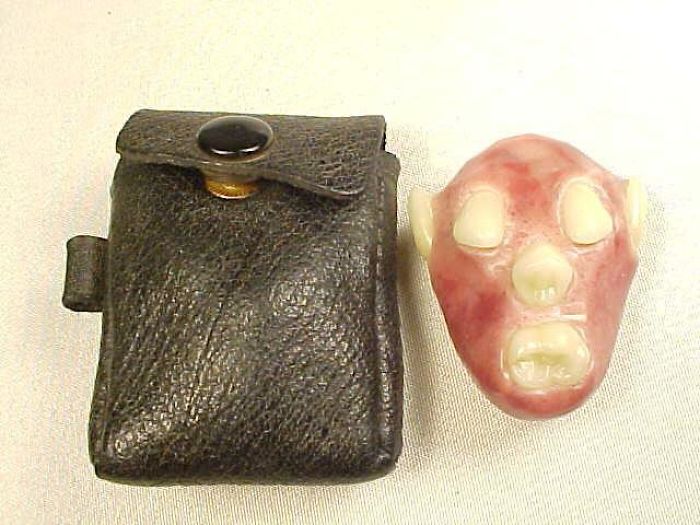 This artifact was found in an estate sale and the teeth were believed to be of a baby. Upon inspection, it was found to be adult teeth put together to form a voodoo charm that protects its owner from evil magic. 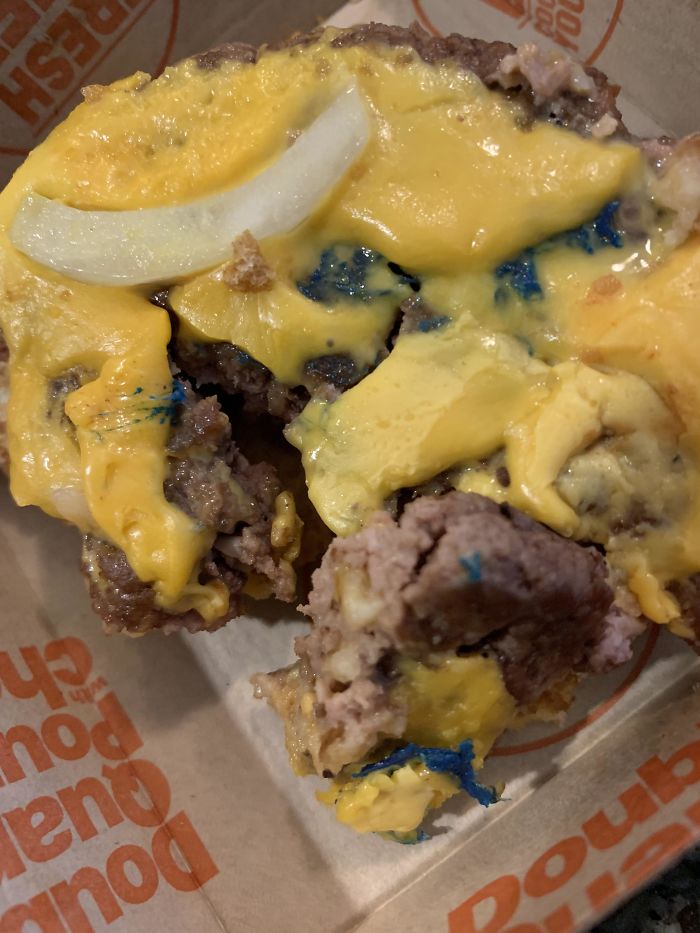 This is a Double Quarter Pounder from McDonald’s and the person eating it noticed a chemical taste in the cheese. Upon inspection, it was found to be the employee’s glove that was used to put the meat on the grill.

Bone On The Beach 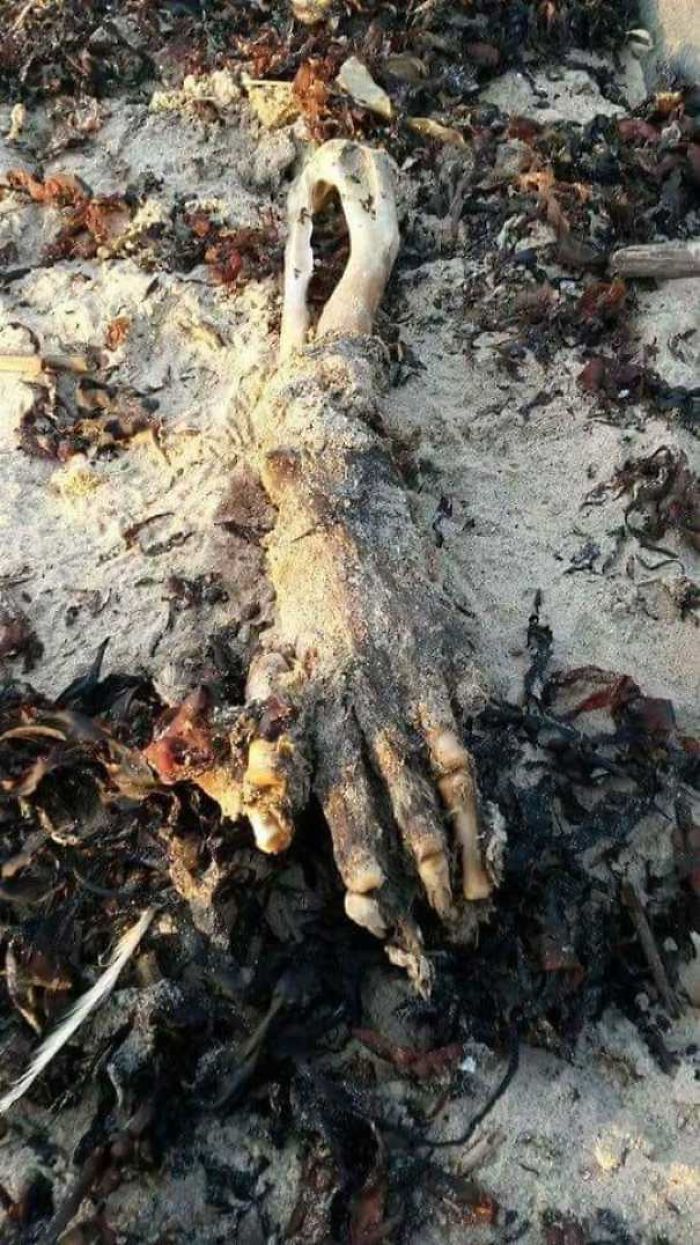 This bone was found by a group in the UK and at first, it was thought to be a human bone. However, the internet told everyone that it was too furry to be human and fused in a way that our bones are not. It was told to be the hind leg bone of a seal.

Something Sexual In Dad’s Room? 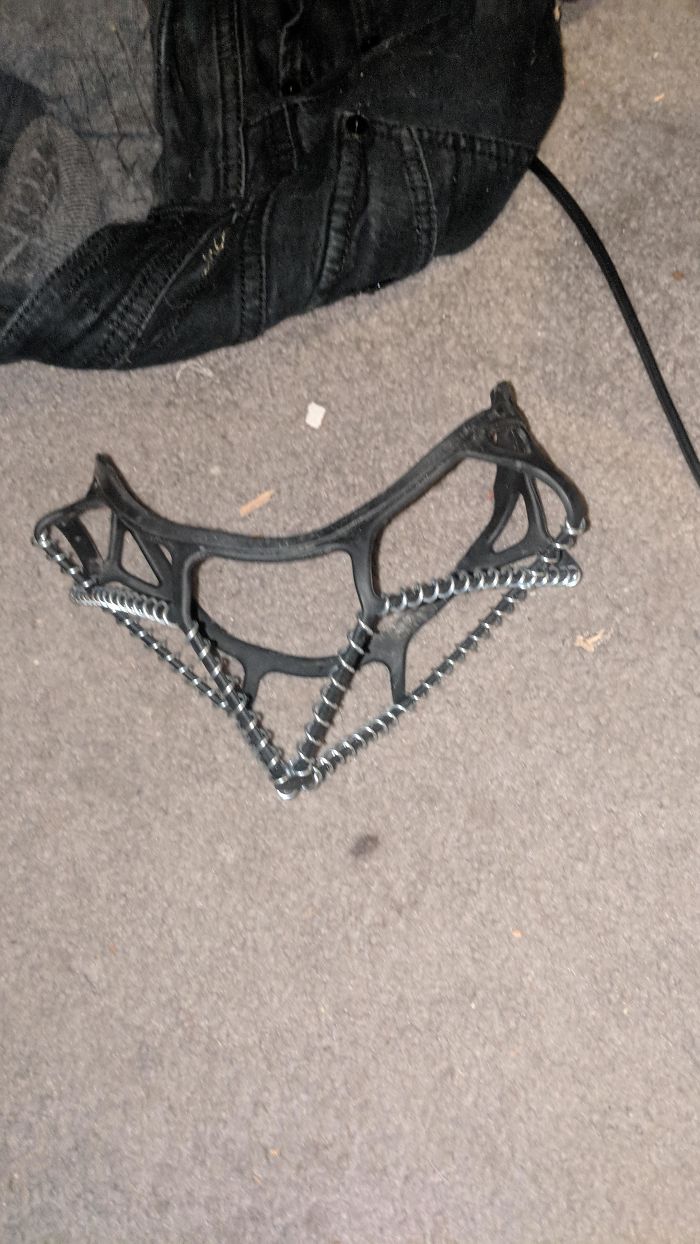 The person who posted this question was hoping that this was not a sexual thing that he found in his dad’s room. His hopes were right since the answer is that this is a yak track that is put on shoes to provide grip. 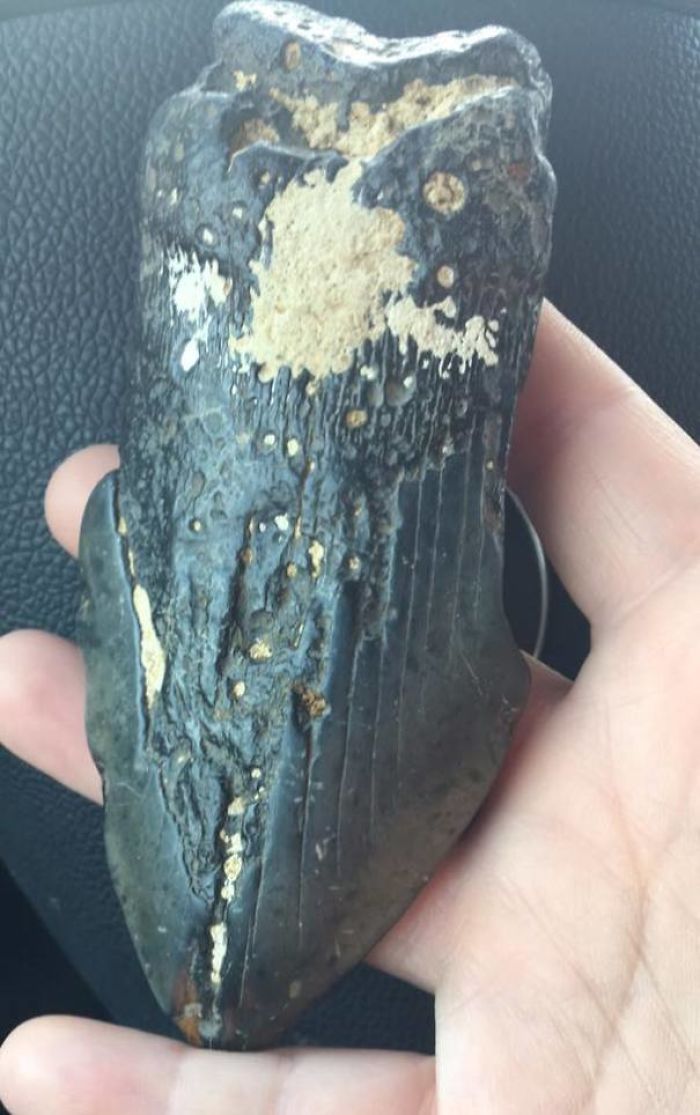 This was found on Myrtle Beach in South Carolina and everyone was confused about what it was. As it turns out, this is a broken megalodon tooth.

When The Sky Turned Purple 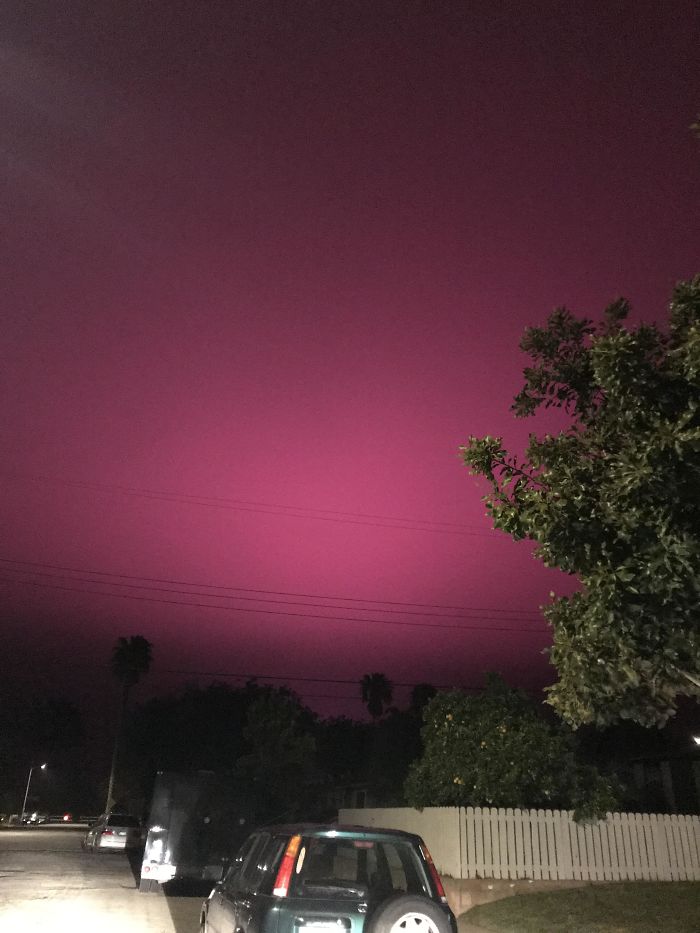 This happened at 1:30 AM in Southern California and it lasted only for about 5 minutes. The person who took the picture asked what this phenomenon was and the answer was that it was the color of the grow lights and the glow is related to commercial cannabis growing operations.

Where Do You Find This Kettle? 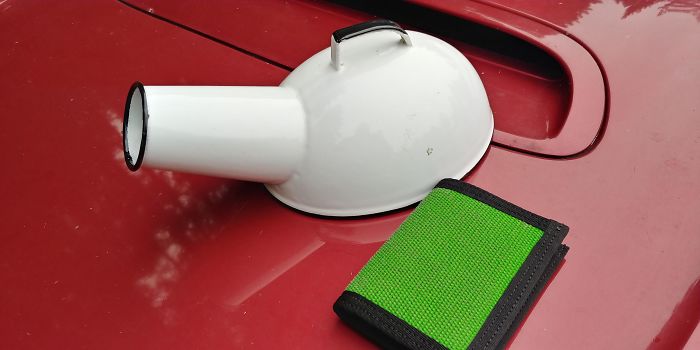 The person who posted this thought that this was a kettle and he spent quite a lot of time wondering where he could buy a similar one. However, he soon found out that this was actually a portable men’s urinal that is used by bedbound patients.

What Is This Device? 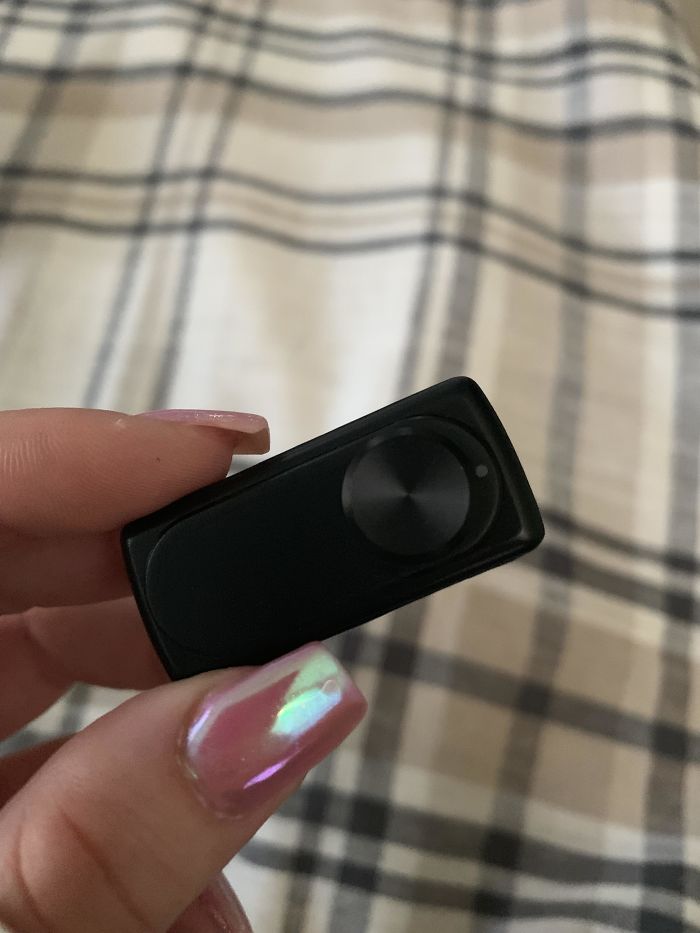 This device was found by the cleaner under the dresser of a person. He tried googling what it was but did not get the answer. However, when he posted on a forum, the answer was that it is a voice recorder without a wireless transmission. 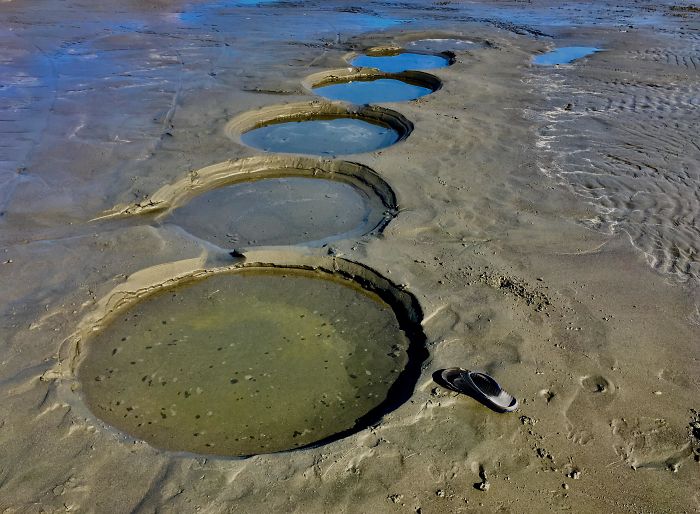 This is quite an interesting thing to be seen on the beach. As it turns out, these are the remnants of a scientific clam survey.

Bleach Left For A Week 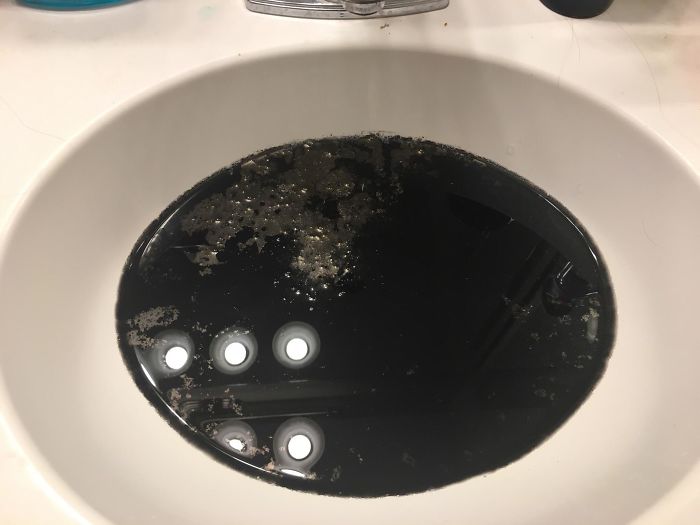 This picture was taken by a person whose mother left bleach in her sink while they were on vacation for a week. They were worried that this was mold but as it turns out, the bleach had oxidized the metal in the sink.

Not Your Regular Cat 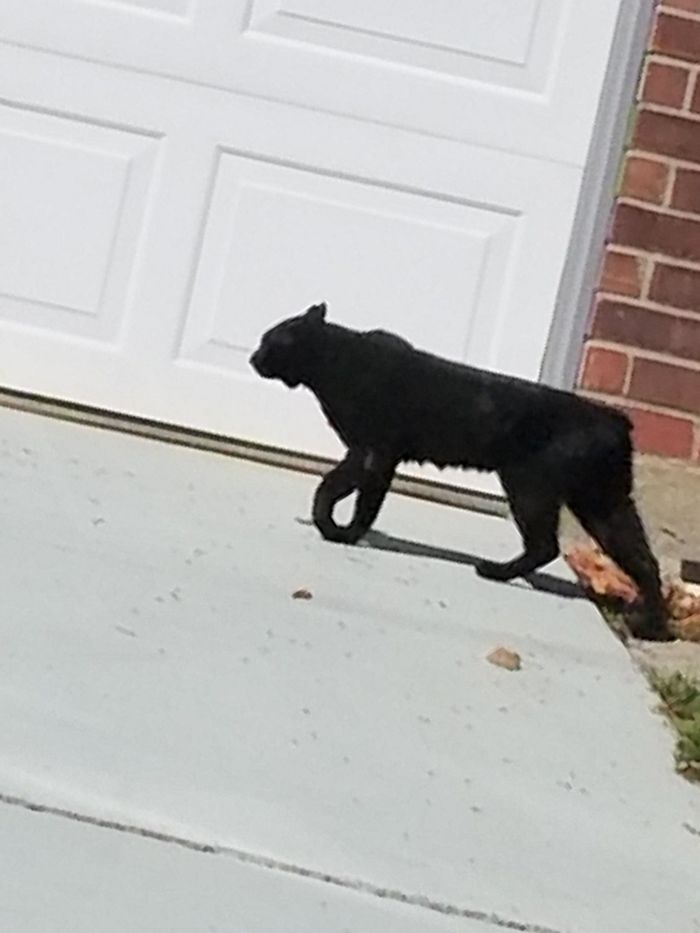 This was seen in the neighborhood and it was thought to be a domestic cat at first. As it turns out, it was not and it was a black bobcat.

Found In The Olympic Peninsula 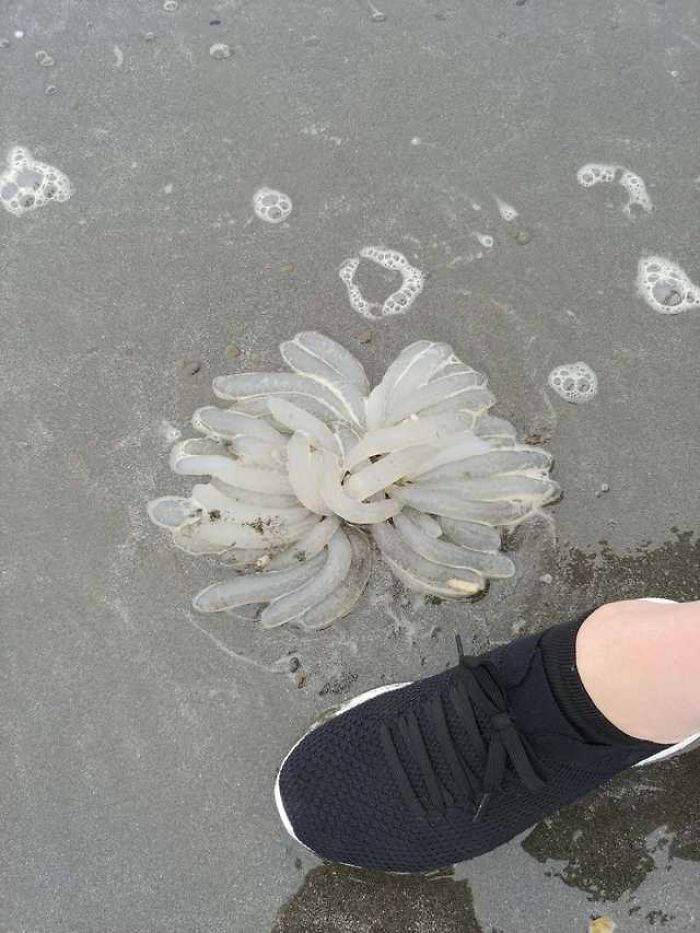 This was quite an interesting find in the Olympic Peninsula and people were confused about what it was. The internet told them that these are squid eggs. 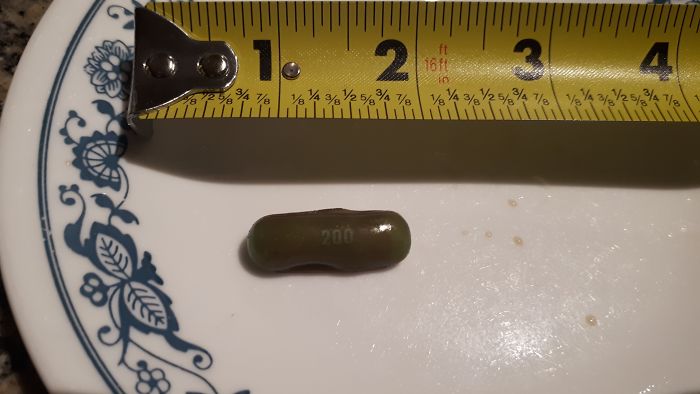 This was an empty gel container found in a sealed bottle of Coca-Cola. It turns out that this was a capsule of ibuprofen. 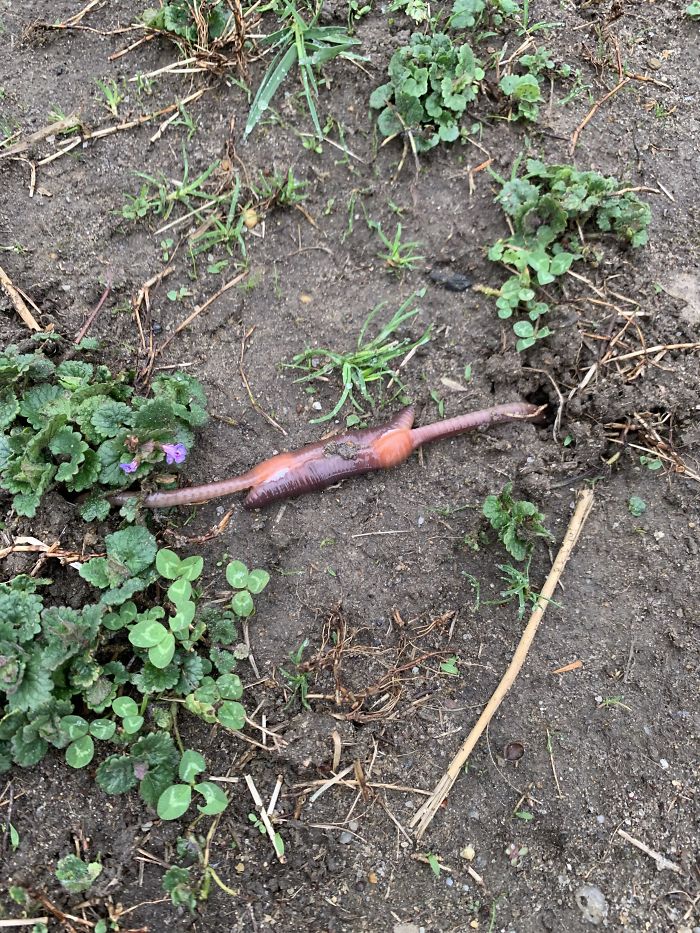 This thing was breathing and it seemed to have a heartbeat too. It was quite confusing and it turned out to be two worms engaging in coitus to make another worm.

A Blast From The Past

The person who found this had 20 years of research in his experience and yet he was not able to find out what this was. It turned out to be the fossils of Black Drumfish.

Ring In The Backyard

This ring was found by a person who was gardening in his backyard. It turned out to be a Georgian/early Victorian ring and the initials are believed to belong to a long lost loved one. 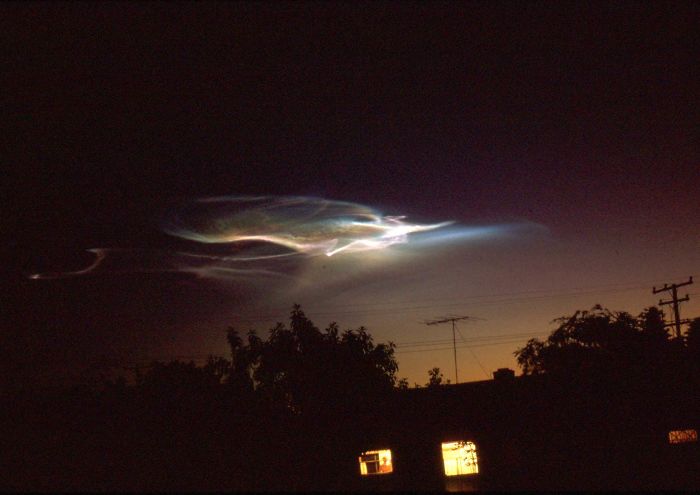 A person found this in a picture of his parents’ house in Texas in 1964 and wondered what it was. This is the Twilight Effect and the thing that you see in the sky are the remains of the residue of a rocket launch. 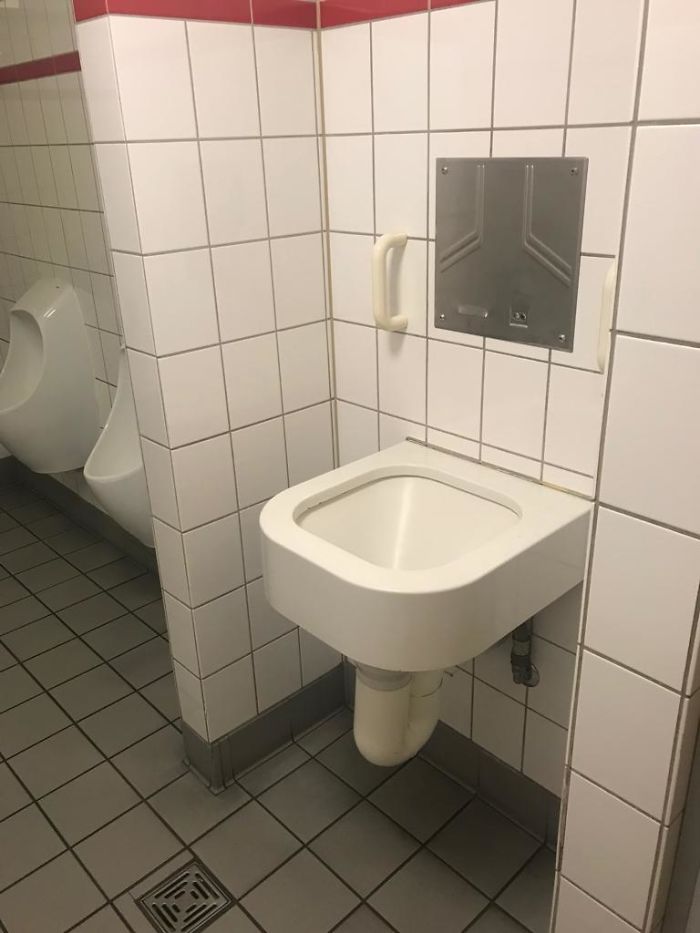 This was found in a Brauhaus bathroom in Cologne, Germany and it was thought to be a weird urinal. As it turns out, it was a Papst, which is German for Pope. It is used for puking.

A Missle In The Woods In Tennessee 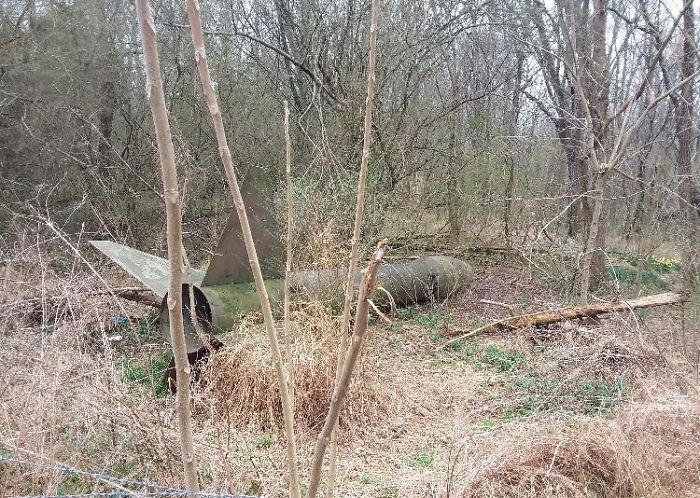 This is the MGR-1 Honest John rocket and it was the first nuclear-capable surface-to-surface rocket in the United States arsenal.

Bullet On A Beach 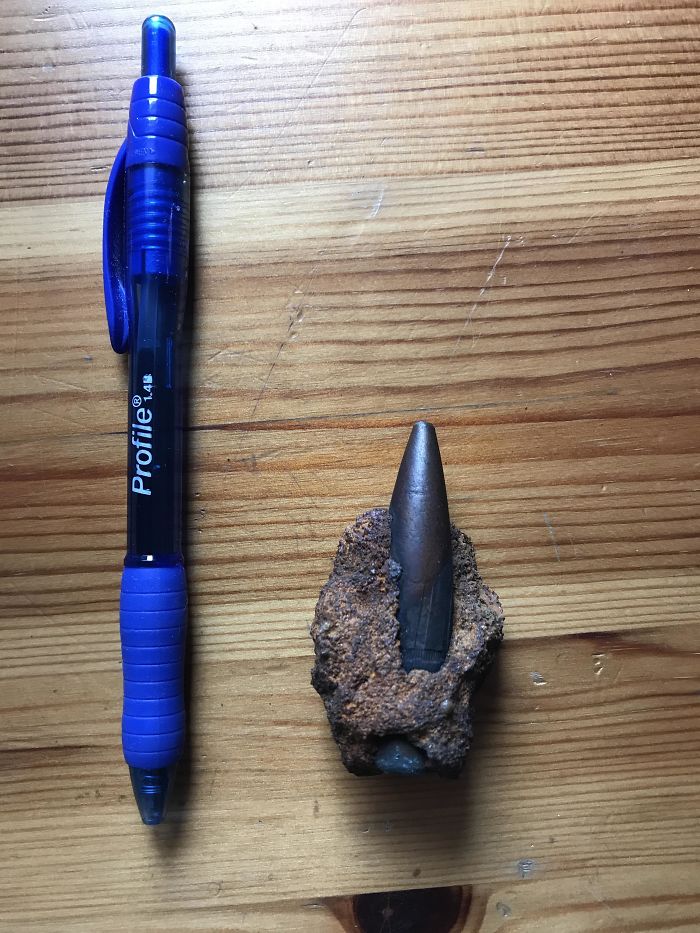 This is a pre-1980 .50 BMG bullet and it is believed that it comes out of an M2 Browning Machine Gun.

Wheel Under The Bar 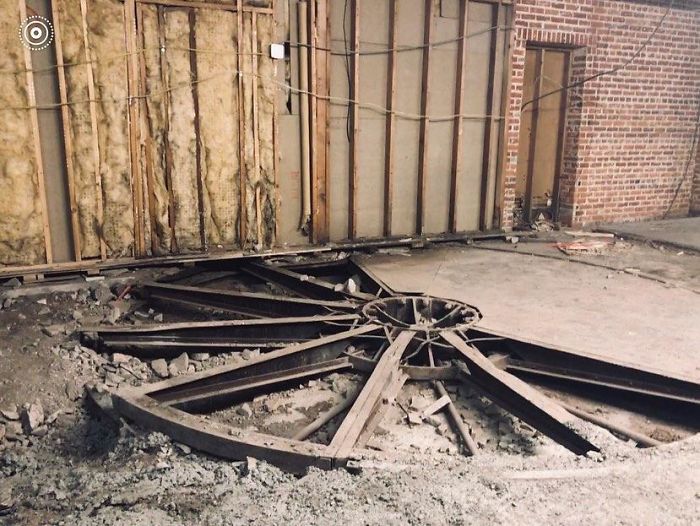 This giant wheel was found under the floor of a bar and this space was formerly a garage. It was used as a turntable for rail cars.

A Picture From Above 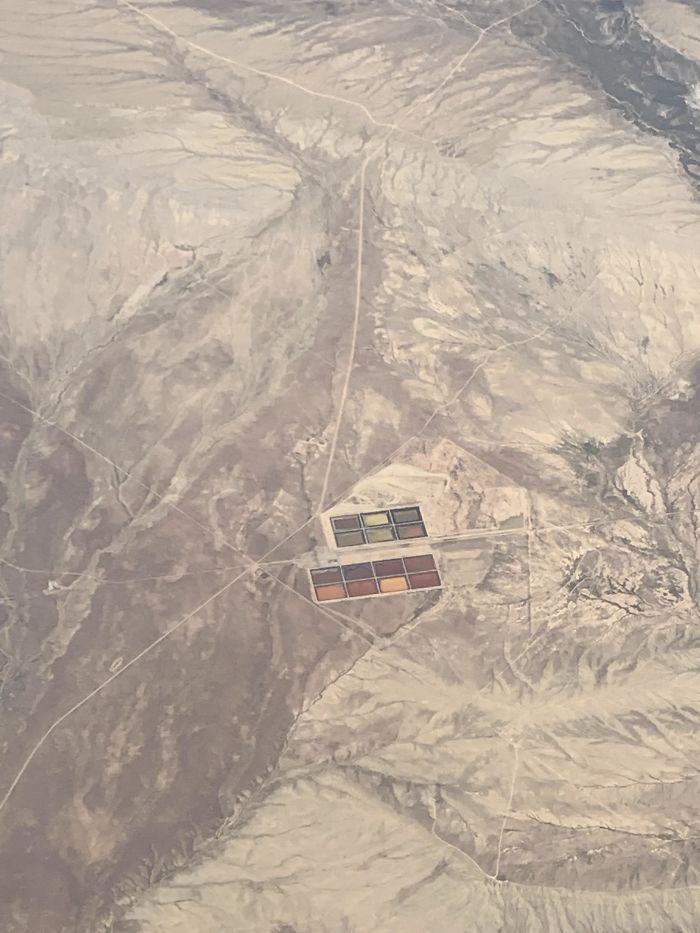 This picture was taken from a plane from DC to Las Vegas. This is a mineral mine and it is the world’s largest lithium deposit.

Hole In The Carton 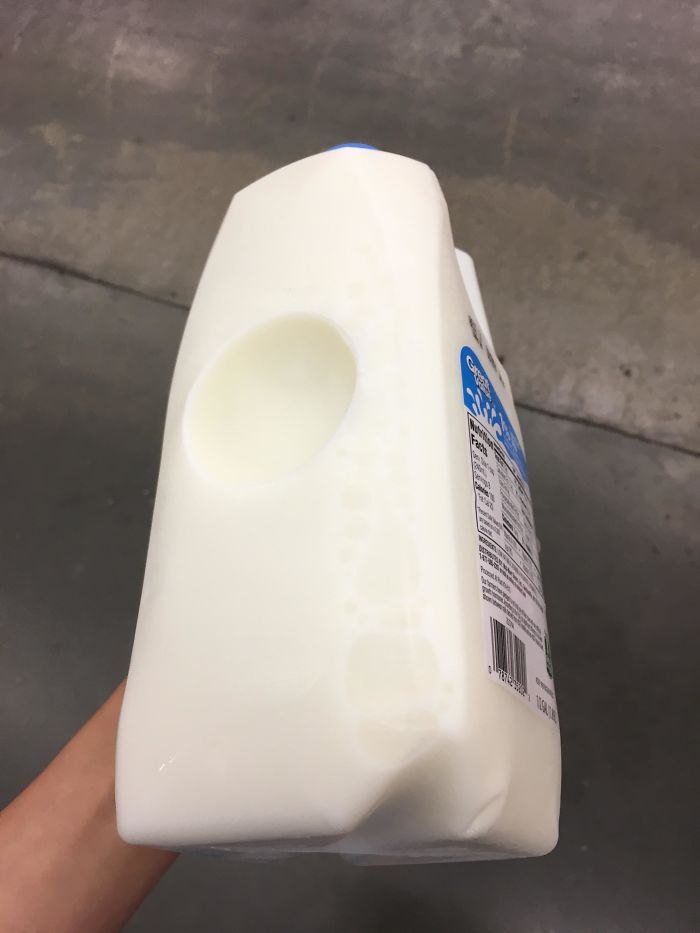 Ever confused what this hole is for on your milk cartons? It is used as a pressure relief hole. If you drop the carton, the hole would pop out instead of the whole carton exploding.

Gun On Top Of The Building? 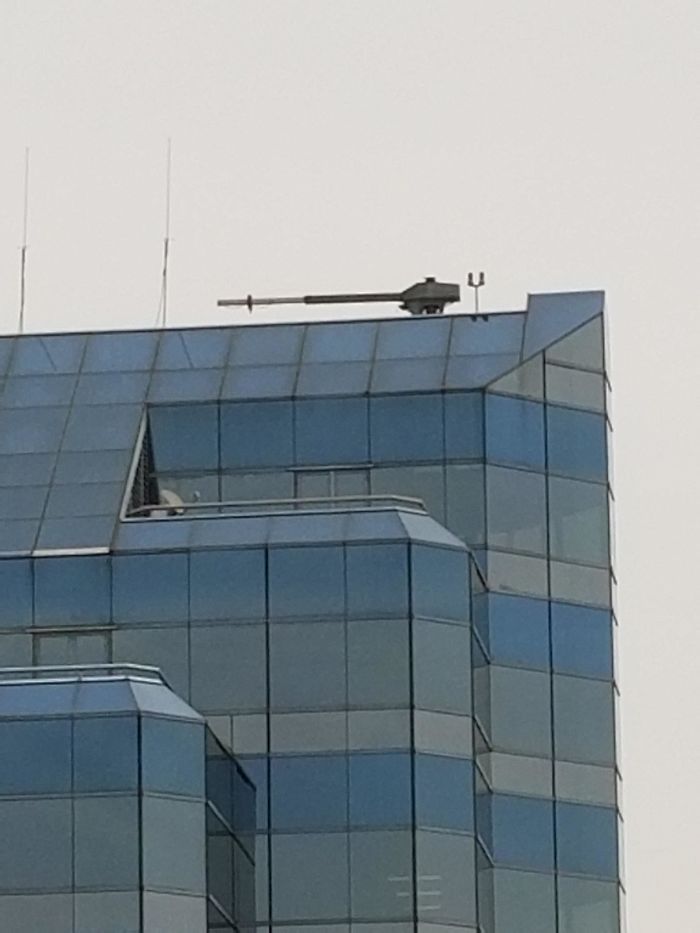 It looks like a machine gun on top of an office building in Atlanta, Georgia. However, it turned out to be a boom for window washers so that they could access the windows of the building.

Yellow From A Lizard 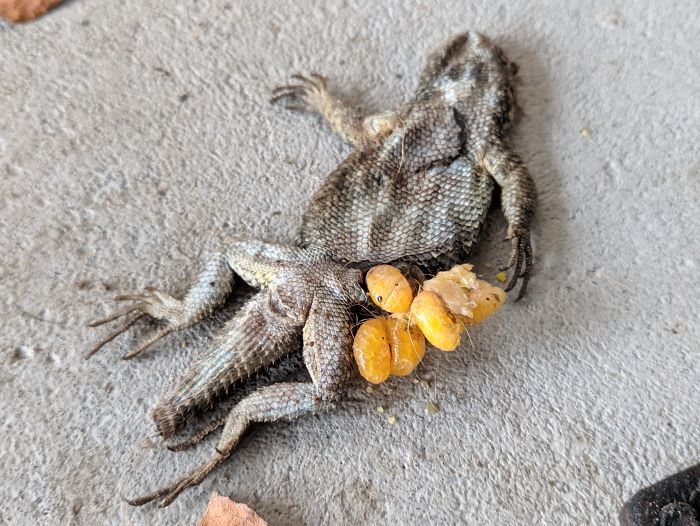 You would see many lizards with these yellow things popping out of them. The lizard is Sceloporus occidentalis and the yellow things are desiccated eggs.

Egg White Had Something In It 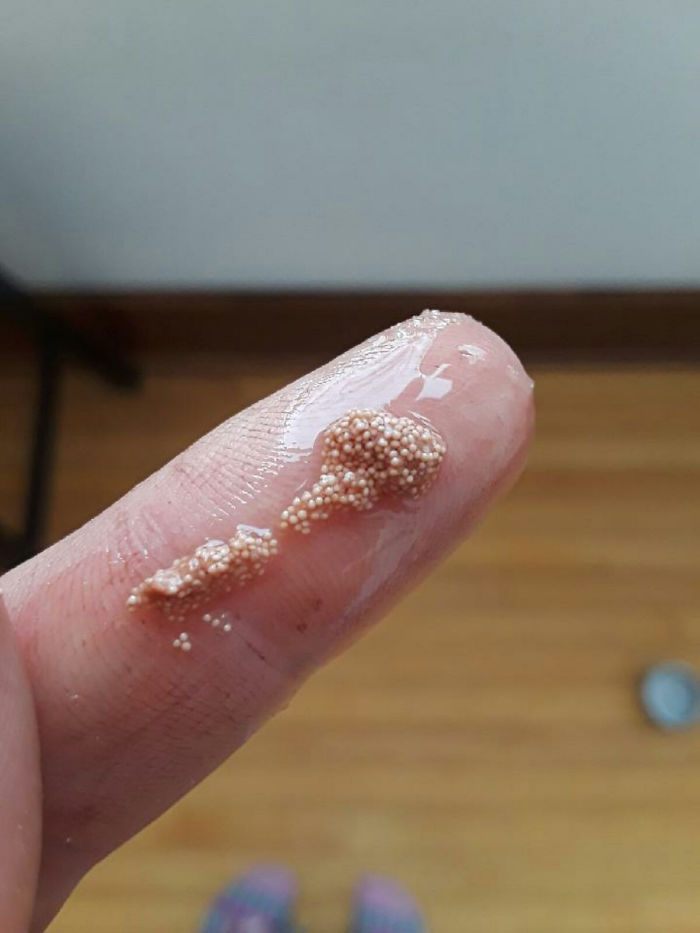 This user was concerned if the matter in the egg white was a parasite or future eggs of the chicken. As it turns out, these are lumps of calcium deposits which are usually found on the outside of the eggshell.

Random Structure In The Middle Of The Forest 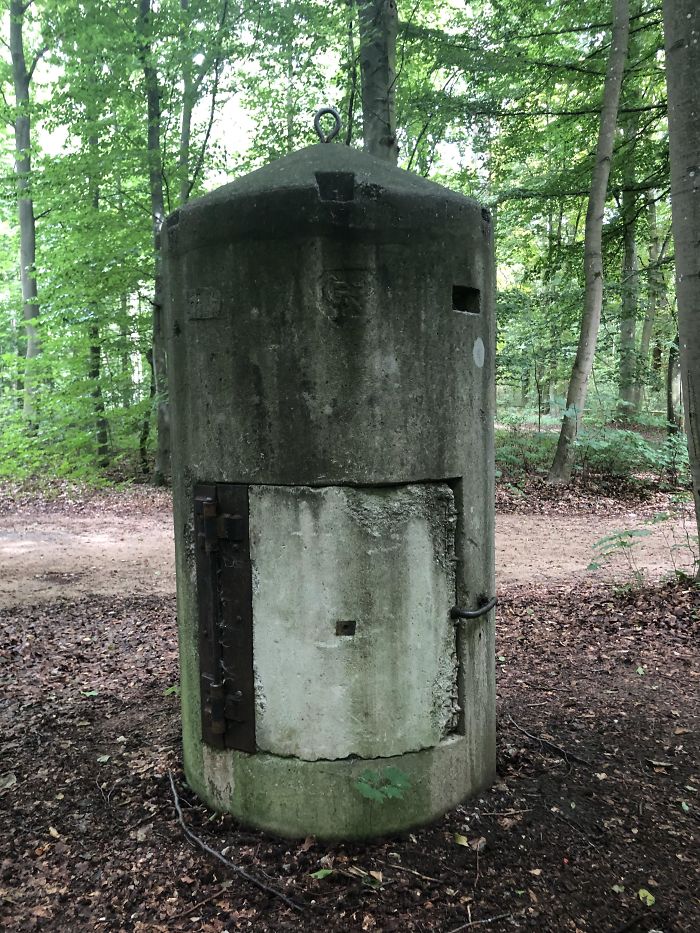 Seeing this in the middle of the forest will surely boggle your mind. It is nothing to worry about and it was actually used as a one-man bomb shelter during the Second World War.

No Fly Zone For The Flamingos? 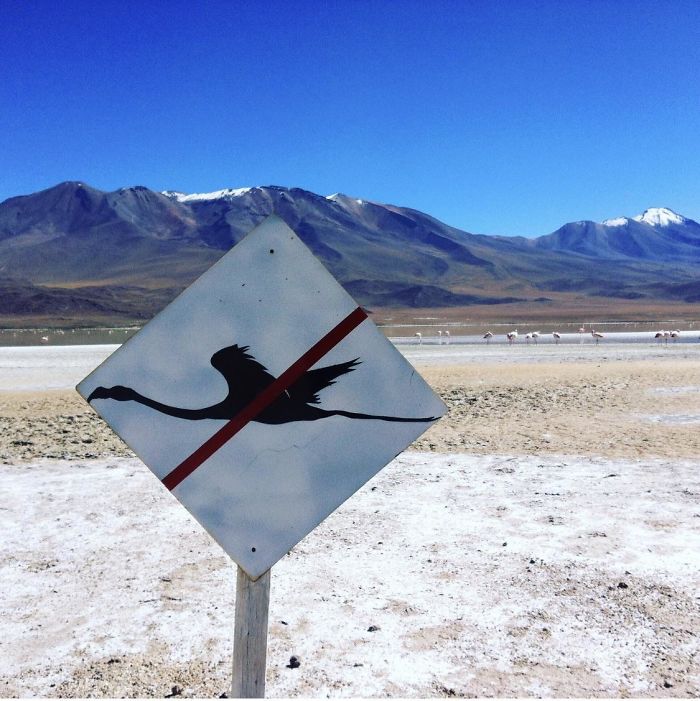 You might wonder how a sign would tell the flamingos not to fly here. The birds cannot read the sign, obviously. You are wrong here since the sign actually means that you should not scare the flamingos in the area. 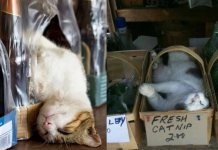 40 People Who Totally Forgot to Check The Background of Their...

A Strange Creature Was Found Living Under an Elderly Man’s Bed,...